By Sylvia Allen on June 29, 2015 in Getting published, Like Light From Stars

There are three ways this book might get published. First, a big publisher might take it. For this to happen, it would have to be represented by an agent. Big publishing houses deal only with agents, not with authors. Second, a small publishing house might pick it up. This would not require an agent; I could negotiate directly with the publisher. Third, Martha and I could publish the book ourselves.

My plan is to try, first, to get an agent, and if that fails, to look for a small publisher that might take the book, and if that doesn’t work, to self-publish. However, I feel sure that this book will be picked up by a publisher of some kind. 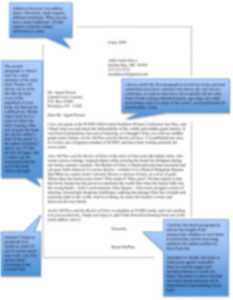 The way to look for an agent is to write him or her a query letter introducing the book and asking the agent to consider representing it. A literary agent gets a frighteningly large number of such letters per day, so my letter will have to be one that jumps out at the agent but, well, not in an annoying way.

So the first thing on my to-do list, in my quest to get this book published, is to write a boilerplate agent query letter—a template that I can adapt for individual agents.

It turns out, I discovered by generous use of Google, that there is a standard way to write agent query letters, and the advice from every expert is to conform to the model and not come up with creative deviations. My problem, though, is that my book is far from standard in structure. Instead of having a main protagonist who has a conflict, a choice, a danger to face, a plot climax, and a resolution, my book walks through seven generations of different protagonists. Even the one character we spend the most time with is encountered at different ages, from a small child to an elderly person. There is a story, and there are themes, that run through the generations and come to a satisfying place at the end, but this is very hard to describe in a normal query letter. If you have any ideas, please speak! I’ll be deeply grateful.

Those Historic Gay Marriages
Reader reviews of Like Light from Stars