In addition to its being set in a place where I personally did not grow up, my new story also includes incidents that never happened to me. This means that I have to go find people who did have these experiences and ask many, many questions.

How did it happen? What, exactly did you do? And why? What did they do? Do you know why? What time of year was it? What was the weather like that day? How did everything look, feel, sound, smell? Who else was there? What did you do during the day leading up to the incident? What were you wearing? What did you do afterward? How did other people talk about it? What did you tell yourself about it? How was your life different? 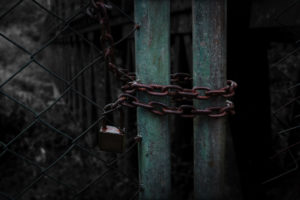 Several years ago a neighbor told me, casually, about an episode in his childhood—something so horrifying that I couldn’t get it out of my head. It was a unique act of cruelty, one that made real a common childhood nightmare.

A few months ago, unable to forget the story, knowing I would write about it, I found and interviewed this man again. It was not a successful interview. He was welcoming and friendly, but in response to my questions, he just kept shrugging and saying, “I don’t remember. I don’t remember anything about that day. I don’t remember what happened. I don’t remember.” I finally commented that it seemed hard for him to talk about it. He grinned and said, “Well, maybe it never happened. I might have made it up.”

The thing is— the whole time he was saying, “I don’t remember,” and “Maybe it never happened,” tears were leaking down his face. He seemed completely unaware of this. At one point he reached up and took off his glasses, used his thumb to wipe one eye and then the other, and put his glasses back on, but he kept grinning and shrugging, and his eyes kept filling. Maybe it never happened.

being a writer, details, i don't remember, nightmare