In the metaphorical conversations I had with the patients on the dementia ward, certain themes came up again and again.

Not surprising for people with late-stage terminal illness, a common theme was concern about work being finished. A teacher was anxious about whether the materials were ready for the next day’s classes. A caterer asked over and over if the table arrangements were done for the big event. A lawyer insisted that I check his case notes and make sure everything was in the file. The only answer they all needed was, “Yes.” In other words, you did your work. It’s done. Now rest.

Like David with his internal palace, the people I sat with often spoke, in metaphor, of an appreciation for life that they didn’t have when they were well. Every time I saw him, Gabe believed that he had just been to the racetrack. “I use to bet on the horses,” he would say. “All I cared about was winning my bet. Now I just watch ’em. What beautiful animals. I never use to notice.”

Another patient was fixated on the city’s transit system. “Do you know how many bus lines there are?” he asked. “And they go everywhere, and there are so many different types, and each one carries a different kind of people, and they all connect in the most amazing ways. Nobody could ever understand the whole thing.” He referred to imaginary bus routes and intricate, fantastic connections. “The sad part is, the system is completely falling apart now,” he continued. “It can’t last much longer. It’s too bad I never really paid attention to it when it was working well. I would have used it a lot more.” He was, of course, talking about the physical body and his appreciation for that awesome piece of work—although the system was collapsing around him.

Sometimes the person’s concern was about how to maintain a sense of dignity in the humiliating medical system where they all now lived. Robert told me about his dog, who he said had been taken away to the vet, treated extensively, and finally euthanized. “Nobody asked the dog if he wanted all this,” he said. “Nobody explained it so he could understand it. It just happened to him. They dragged him upstairs. They dragged him downstairs. He had tests, he had medicine. Nobody called him by his name.” Robert was crying by now. “They treated him like a thing. But he wasn’t! He wasn’t! He had a name. Even a dog has a right to dignity.” 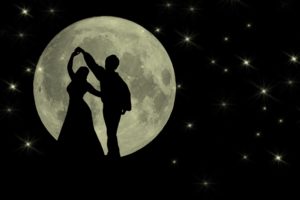 Dancing in the sky

I am not a social worker. I’m a writer. It was the unexpected beauty of these dying people and the metaphors they used, like David’s dancing in a helicopter or Gabe’s running horses, that kept pulling me back to the dementia ward. I never knew when I would find my next partner to take me dancing in the sky.

being a writer, dancing in the sky, dementia, metaphor

Metaphors and Dementia: Dreams of Escape
Research at the Blow Fly Inn