Metaphors and Dementia: Dreams of Escape

What excited me was that if I listened for the metaphors in what my demented, dying friend was saying, I could still understand him. We could communicate. I had to let go of the literal sense of what he said and let the real meaning wash over me, like dreams or poetry, and I could answer him the same way. I could listen to him on two levels, hearing both the literal and the metaphorical meaning at the same time. 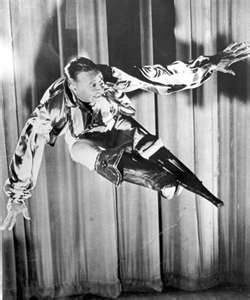 David eventually needed 24/7 care and I had to put him in a hospice facility. By now he was unable to leave his bed on the long AIDS ward, but every time I visited him there he thanked me for the fun we had had the night before. He believed that I snuck in at night and helped him escape out the window, and we went partying wildly all over town. Sometimes he was annoyed that I didn’t remember our nocturnal frolics. “Remember the guy we met dancing in the helicopter,” he asked me one day, “the guy with the wooden leg and the really bad hair?”

“Girl! How could you forget him?” He sighed dramatically. “And I’m the one that’s supposed to have dementia!”

AIDS killed David after only a few weeks in hospice. I had loved him, and I missed him, but I also missed the challenge and beauty of these metaphorical conversations. I went on to volunteer on St. Mary’s AIDS dementia ward, the only one in the country, where I specialized in spending time with the patients who weren’t making sense.

Like David, trapped in their inability to make themselves understood, many of the patients were obsessed with escape. Each person had a different delusion about where or why or how he was imprisoned. One patient thought he was a political prisoner in Turkey. Another believed he was locked up in a monastery. I never argued with them. They all believed that I had come to help them escape. In a sense, I had.

One man asked me to push him home in his wheelchair. I didn’t argue. I pushed him all around that closed ward, from locked door to locked elevator and back again, while he talked and talked about home. When he seemed to be done I took him back to his room. He told the nurse, “This is the nice lady who took me home for my visit.”

To be continued once more…

2 Responses to Metaphors and Dementia: Dreams of Escape